I was sitting on the beach looking at the full moon above. I looked through my binoculars to see more detail. And then it occurred to me that I could see on that surface every single location that humans had landed on the surface of a body in space that was not Earth. Six times, stretching from 48 years ago to 45 years ago.

That brought to mind this iconic photograph taken by Michael Collins during the Apollo 11 mission. He was alone in the Command Module, and visible in the foreground is the Lunar Lander with Buzz Aldrin and Neil Armstrong in it. In the background is Earth. This makes Michael Collins the only person who has ever lived who was not inside the frame of this photo. The only person not included. 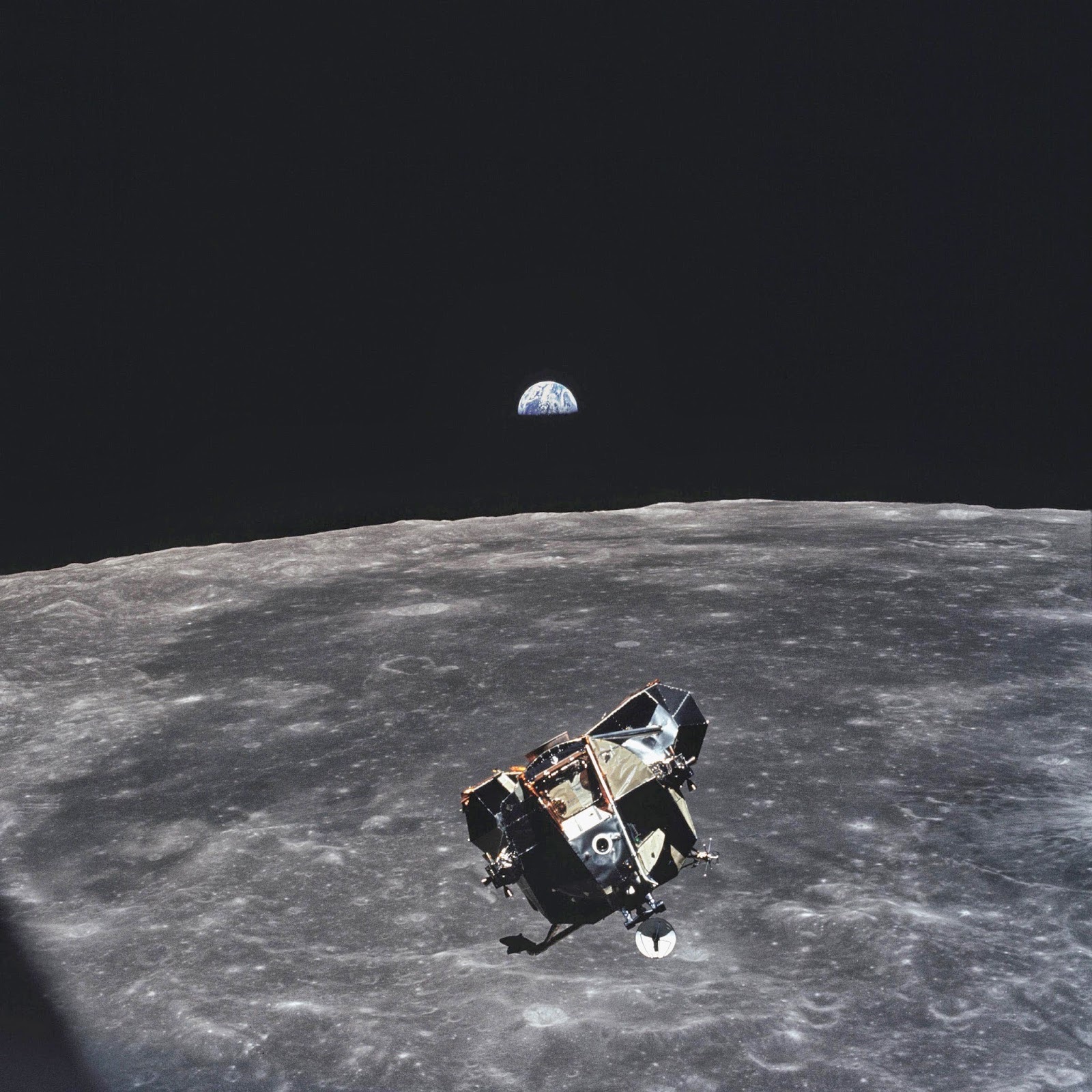 This got me to thinking. What if, horribly, one of the six Lunar Modules that landed on the Moon with two astronauts on board, had failed to take off or failed to reach orbit for docking with the Command Module. If that had happened, every time we look at the Moon today we would see a grave site. It would be the most visible grave site in the world, visible from every place on the surface of the Earth.

How would that have changed the way we viewed mankind’s place in the Universe? Would we have seen exploration as a failure and something we should not do any more? Or would we have been inspired to try harder and not let 45 years pass without a return to space faring?

When we return to the Moon, or go to Mars, we will do it with more intent to stay longer than the six times we visited the Moon. Then we only landed for between 24 and 72 hours. When we spend a longer time, and with more people, on the surface of another body eventually there will be deaths. We saw that with the Shuttle program, and the Soviet Union had their own deaths in their programs. But if the exploration, and indeed settling, is permanent then I don’t think we will have the same empty feeling looking up at the Moon and Mars, as we would today if there had been an Apollo tragedy on the surface of the Moon.

When we go to the Moon, or Mars, the next time, let’s make it for real.

8 comments on “What If There Were Men On The Moon Today?”